A couple things I've been up to.

I've been working on a few big ideas lately, projects I could make into long term projects and today I'm happy to unveil a couple of them.

For one, I've been playing with the idea of relief prints/sculptures that can be made and perfectly replicated into editions. For a long time I had a problem with traditional printmaking processes as it always seemed to me there was better ways to make 2d prints. This is one of the ways I've reconciled that. 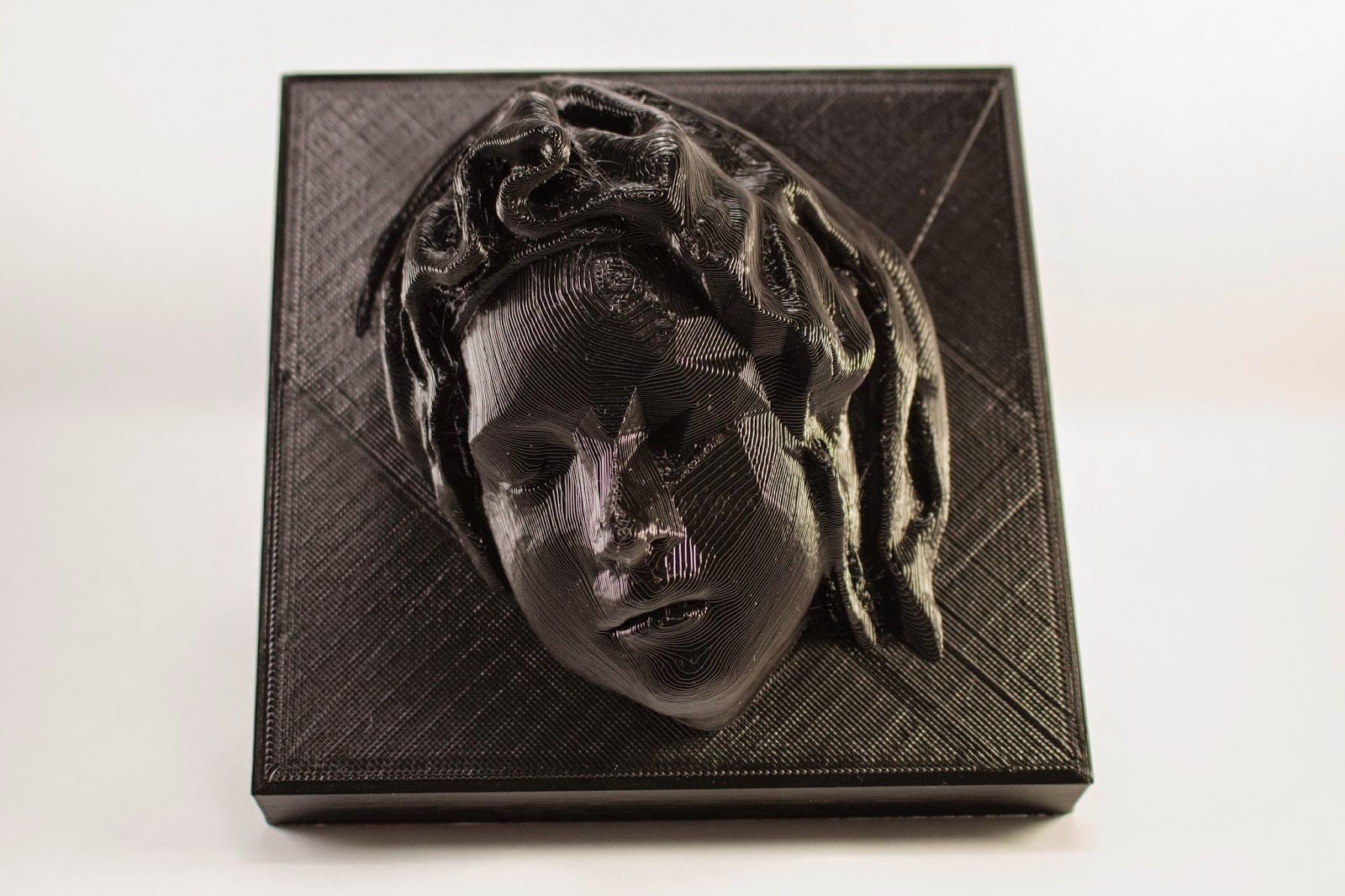 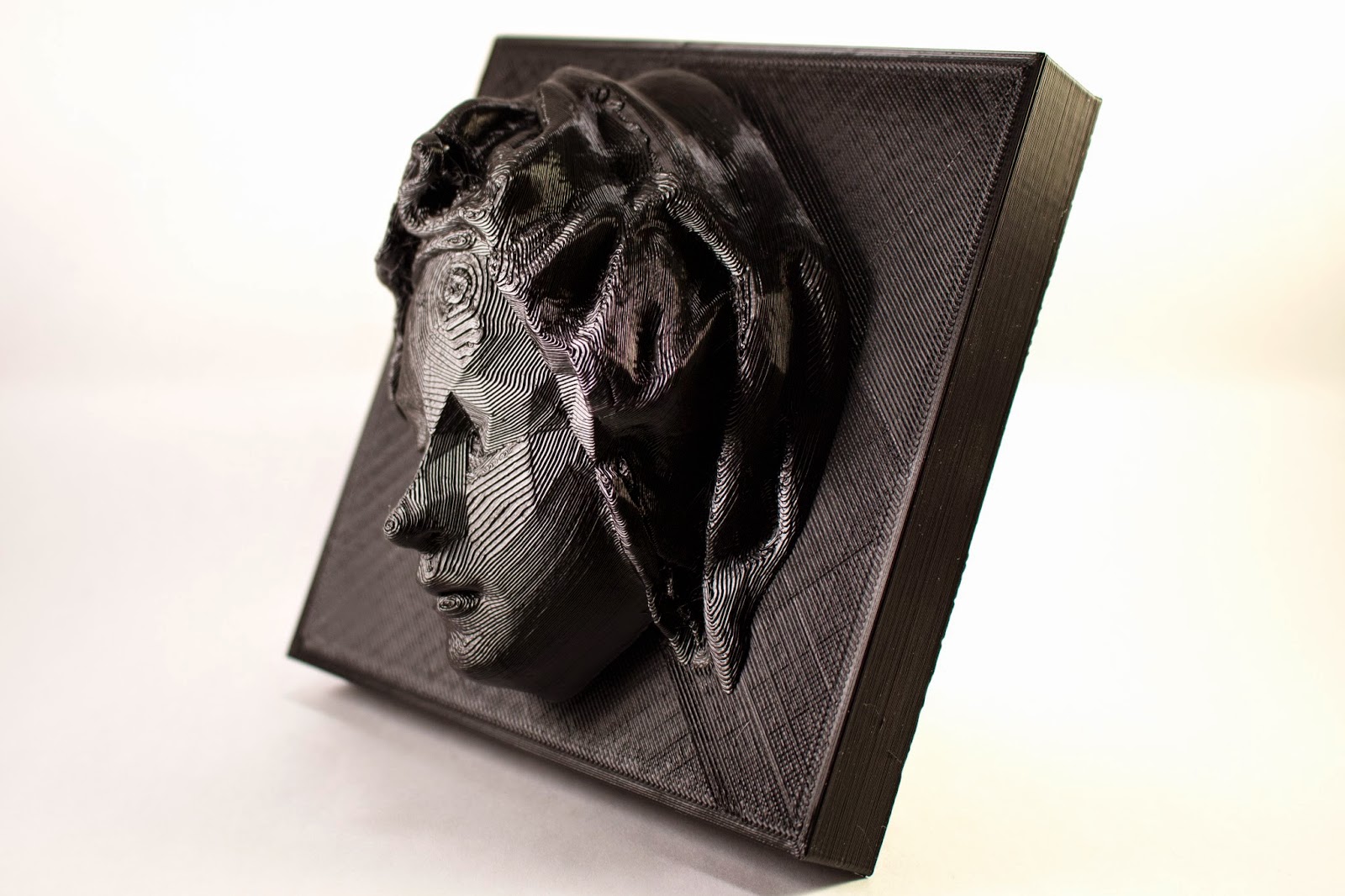 This one is a relief of the face of Mary in Michelangelo's Pieta. As I'm typing this I'm also printing a frame for this to be mounted into. All in all I'm planning on doing a few of these and see how they fare.

I've ordered some resin and other surface treatments so as to finish out the exterior along with a few other things to polish it to a super high quality.

I'm really excited about this one as it ties in really well to some of the other stuff I've been working on... 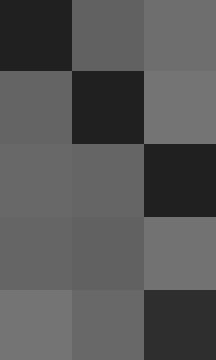 The image above is direct translation of a plain text (.txt) sentence to an image using all the data from the bits composing the sentence, which is to say this image is a direct representation of the words themselves. Which is cool, but even cooler is what they then became... 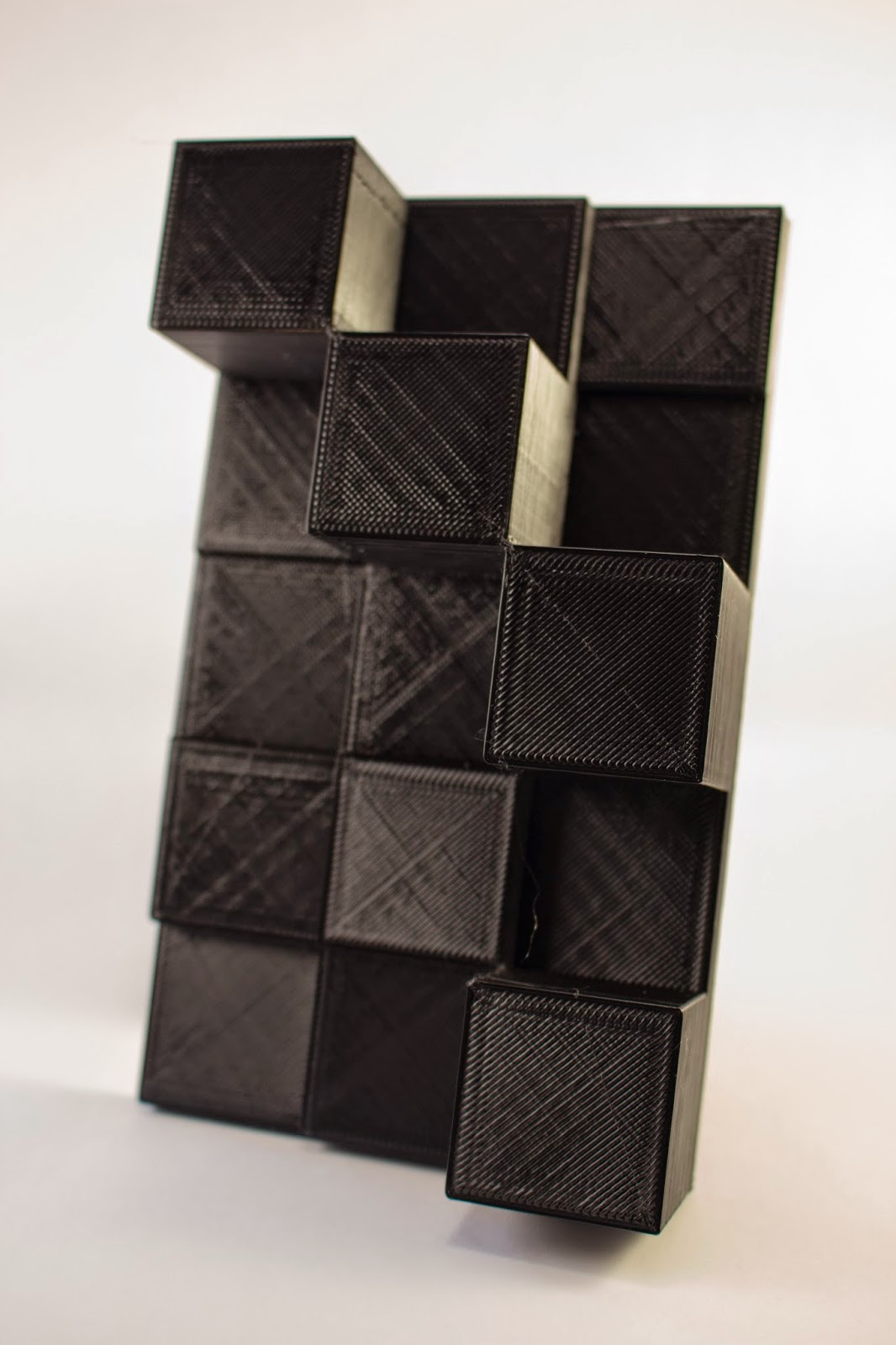 This is a print of that data, whereby I took the gray values of the image above and converted them into height data for a print

The print is a direct representation of the text, composed of and derived from the stuff that made the words what they were, but devoid of the same meaning. The sentence used to create the print was Genesis 1:1("In the beginning God created the heavens and the earth.")

I'm writing a program to take entire texts and output 3D files to print, allowing me to take entire books and print them in a physical manifestation of their meaning.

Think about a wall sized piece that is a direct representation of a holy text, across the room from another occupied wall containing a disparate holy text, completely different but for all the world looking the same at a glance.

That's an idea I can get behind.

I'm around the web.